A very interesting album which disappointed me some but left me wondering how this band could make really good music on some tracks but then have horrible sounding blather on other tracks. Not that inconsistency is unusual in music, but the better tracks showcase a sound similar to some of the best psychedelic offerings of the day. The two spoken tracks are throwaways and should have been deleted. The rest of the bad tracks not only showcase bland and sometimes ridiculous lyrics, but the vocals on some tracks really detract from the music itself. Examples include the first track "7th Generation Mutation" which almost made me delete the album before listening to the rest of the tracks. The next two tracks "Canyon Woman" and "Devil and the Sea" are much more accessible. The next four tracks range from mediocre to less than stellar. The title track is probably the best song, featuring some excellent organ. The conclusion of the album also inconsistent. I will have to give the album another listen before determining whether i should keep it or not. Anyone interested in interesting psychedelia of the time should look into it.
Link:http://lix.in/c6affd
Pubblicato da Betelgeuse a 12:44 PM Nessun commento: 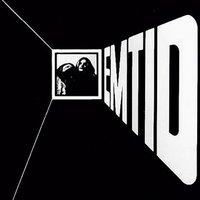 EMTIDI's debut album is containing mainly quite simple psychedelic folk and the dominant instrument used in most of the songs is acoustic guitar.

Emtidi
Emtidi was a German duo stuck somewhere between the Kosmische and psychedelic movements stylistically. Despite having only two members a full sound is provided, as Maik Hirschfeldt provides guitars, flute, some keyboards and vocals while Dolly Holmes is charged with lead vocals and most of the keyboard work.Much of the instrumental work here is soothing and relaxed, a sun-drenched counterpart to groups like Tangerine Dream. The drone at the start of "Touch the Sun" is reminiscent of that band's Alpha Centauri, although it features moments of wistful release rather than perpetually building an anxious, hopeless tension. Some wilder Krautish moments show up on tracks like "Die Reise", but for the most part chaos is minimal.
The duo sometimes eschews lyrics in favour of vocalisations, which work pretty well within the framework of the music. One good argument with sticking to vocalisations is "Walking in the Park", featuring the incredible line (no, I am not making this up), "Don't sit on the grass, it's too cold for your ass". A nice hippie sentiment, but I suspect the language barrier makes this one more hilarious than intended. Holmes' voice is somewhat reminiscent of Annie Haslam's, although somewhat thinner. One realizes that comparing a female voice to Haslam's is a prog rock reviewing cliché, but in this case it's absolutely valid. Hirschfeldt grabs lead vocals on the final track, in German, although he tends to speak them more than anything.
If the idea of crossing Renaissance with Tangerine Dream and having them add some psychedelic acoustic material appeals to you, rush right out and grab this. I find the combination pretty appealing, as despite the variety of styles presented each one is strong in its own right.
Emtidi was the duo of Maik Hirschfeldt and Dolly Holmes (she was also a guest on The Incredible String Band's The Hangman's Beautiful Daughter). Based in Germany, the partnership's music can best be described as folk music with a prog tinge. Maik provided twelve-string guitar tapestries often times reminiscent of Anthony Phillips. Dolly's keyboard arsenal included acoustic and electric piano, spinet, Hammond, and mellotron, and her passages on these are laced with delicate Baroque-era stylings. The two both shared vocal duties, with Dolly usually taking lead. Her voice is usually right on the money (Maik's much less so), though in conjunction with the lyrics, can sound a bit hippie-dippy at times. Saat, recorded in 1972, was the duo's second release and is a pretty decent if not quite essential album. The best track on this album is the 11-minute "Touch the Sky," which drips with the Aquarianisms of the day, and has some great guitar and 'tron. "Love Time Rain," "Träume" and the title track are all enjoyable little tunes. "Walkin' in the Park" is nice, but tarnished by one awful (and repeated interminably, no less) lyrical line in the chorus that would make even Greg Lake turn red. You'll know which one I mean when you hear it. The closer, "Die Reise" is enjoyably bizarre, and is the only track sung in German. Texturally sparse: I often wonder what this would've sounded like with a full group backing it. The ending jam that closes "Walkin' in the Park," for example, sounds somewhat dinky with just two folks pluggin' away.

1970 United Artists release by Boston based band combining moody Westcoast style organ sound with fuzzy psych guitar. This trio hailed from Boston. The album, which was recorded in New York and produced by Steve and Eric Nathanson (who were the producers of Boffalongo) Recommended.

Limited pressed lp by this band from Michigan, faithfully reissued by the folks at GearFab. Melodic rock/prog style, similar to Boston, Styx, even a little Yes.
The album kills from the opener to the last power-chord. Record collectors are paying about 1000 $ for this item, but who cares because Gear Fab had done a CD re-release with nine bonus cuts from 1972 and 1975.

Excellent Sabbath-inspired early 1970's doom from these French Canadians. Sounding like a much more psychedelic yet somehow subdued Sab, these guys reach for the milky way with their heroin/LSD-25 speedball approach. Totally wasted 'Head' rock, cheap yet delicious analog production values, early Priest soundalike guitar runs, and starter-fluid-huffing vocals all add up to one hell of a brain cell killer. Dark and gloomy, like coming down off acid on a rainy fall morning. "Winter Slutch" and "Strawberry Rain"(Killer Title!) are two of the best cuts, but the record peaks (pun intended) with "Untruth Story", a mindmelting knife-in-back-pocket-right-next-to-the-brush burnout heroin anthem. The singer laments his girl's sadness/need to do smack: "She Asked/She Asked/She Asked Me For Dope" but ultimately gives in and cops her a bag.Then, later, we get the brilliant "I Know/I Know/I Know You're So Tired" repeated over and over while a searing, wicked guitar lead soars over the top. TOTAL drug rock, possibly the best example of hesher 1970's reality I've ever heard. Remember the Eight Is Enough episode when Tommy Bradford gets caught doing bongs in his bedroom by Dick Van Patten? This is probably the music Tommy was listening to on those giant headphones...."If you take a lot, it'll kill you....." Wasted Forever. Ferociously Stoned.

Slick hard rocking psych album from this 4 piece band, featuring the solid guitar of Ernest Rea. Check out "the Game" and "On the Road.

Their debut album, released by Page One in 1968. This is underrated UK pop-sike merchants, and includes their UK Top 10 hit "Everything I am", the rare "Nobody knows it" and "Happy just to be with you" as bonus tracks.
Fairly lightweight psychedelic pop with major reliance on a pretty good organ sound. Their most popular song "Everything I Am" isn't one of the best though its not bad. I like "Wake Me Up" and I thought the cover of the Association's "Never My Love" was almost as good as the original. Also very good, is the cover of "Strawberry Fields Forever," which really uses the organ effectively. "Mrs. Grundy" is a little different but still worthwhile. Not for everyone, but if you like the lighter side of British psych then I guess at least look into it.

Yes, the great 1968 recording by this virtually unknown band that modeled their music after the sounds of The Jefferson Airplane; in fact, it was produced by the Airplane's great genius himself: Mr. Al Schmitt!! Featuring the beautiful female vocals of Chris Christman, this fuzzed-out, psychedelic gem tells the story of this band by the band member's themselves. Little known but excellent album from 1968 by this LA psychedelic band somewhere between Neighb'rhood Childr'n and The Yankee Dollar. Trippy fuzz guitar and keyboard interplay with male and sultry female vocals. Now very hard to find on vinyl this CD reissue should surprise many who thought they had all of the best US '60's psych. A gem.

In 1988, after buying Vernon Joynson's FLASHBACK, I had the cheek to ask him if he'd do some tapes for me. At that time, there were next to no re-issues and the cost of 2nd hand albums was way beyond me.
ILL WIND's 'FLASHES' was among some of the first batch that he did me.
I grew up in Glasgow, as did my wife and between us we had virtually no West Coast music, mine was all STOOGES, VELVETS, KRAUTROCK & TAMLA MOTOWN.
There was something abourt FLASHES which just got to that peak in us, and it still does. Ignorant people who know little about music would compare them to JEFFERSON AIRPLANE etc. like comparing GAUGUIN to VAN GOGH because they were Post-Impressionists and used bright colours.
My cherished little TDK tape from Vernon has given my wife and I years of delight. They didn't slcken either when listening to them on mushrooms, just got more powerful. I LOVE this album, and I can really relate to Stardancer and how he feels about them. In my opinion, a TRULY Psychedelic album that cuts to the Central Nervous System like a laser, Ill go into the Glaswegian vernacular now - fucking brilliant, Alistair. By the way, in exchange for all the tapes Vernon did me, I did the first cover of FUZZ, ACID & FLOWERS, and the cover for his re-issue of FLASHBACK before he began using a more laid back Artist not possessing the Celtic edge.
(rateyourmusic)
Link:http://lix.in/7a48b8
Link:http://lix.in/76c303

A tremendous mid-1970's rural psych album that sounds like it was recorded in late 1968, Relatively Clean Rivers has that hippie commune Springfield/Manson Family/Dead vibe down pat. Although most often compared to The Dead, only the record's first cut, "Easy Ride" really sounds much like them, with it's acoustic/electric guitar mix and American Beauty era vocal styles. It's a great song, but the rest of the album is much different and a little bit better, spewing out wasted Topanga Canyon folkpsych with wacked out commune lyrics. Production is great and the musicianship is stellar, so we don't really get much of that 'real people' vibe prevalent in many other records with that 'rural' feel, but this still more than holds up. There really is nothing else quite like this, and the smashed lysergic hippie trip present here is anything but a novelty. You can totally feel the Canyon here, and these folks never did wind up leaving. The original vinyl is long gone, with only two pressings of 500 each supposedly, but my Radioactive Label CD reissue is nice, with a clear reproduction of the lyrics and liner notes and a nice, warm pseudo-analog sound. Great stuff......

Discover all non-mainstream music from all over the world!